If you’re going, to San Francisco, be sure to wear some flowers in your hair. Most people recognize the lyrics from the popular song sung by Scott McKenzie, but most don’t know it was actually written as a promotional song for the Monterey International Pop Music Festival which ultimately helped kick off, The Summer of Love. This counter culture phenomenon brought over 100,000 new residents to the area over a short span of time, including famous musicians such as Janis Joplin, Jimi Hendrix, and The Grateful Dead. The Haight-Ashbury was the hippie center for art, politics, music and culture. This tour takes an in depth historical look at the infamous summer and how it came to be. We will visit sites around San Francisco, spend extended time on foot in the Haight, and then travel over the Golden Gate Bridge to visit the mountain that the Summer of Love started on. Jump on board this time portal to the 1960’s as we sing and play classic songs from the era and see/learn about the sights and people that brought the area to life!

Be the first to review “Summer of Love Tour” Cancel reply 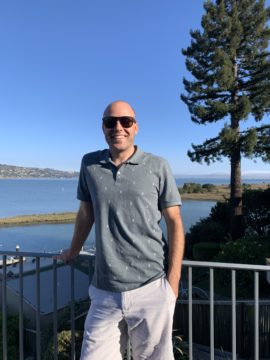